The Lake Wales Community Redevelopment Agency has agreed to sell two parcels of vacant land on Lincoln Avenue to a local attorney who plans to build her firm's new office complex on the site.

Sara Jones Law is hoping to begin construction on the project by mid to late 2022, according to a proposal submitted by Jones to the CRA.

“I have stood in this very same spot many times advocating for the northwest community and asking you guys to do right by the northwest community, so I am asking today to put my money where my mouth is,” Jones said. The community leader is president of the Lincoln Community Development Corporation and was most recently a member of the city's Charter Review committee. 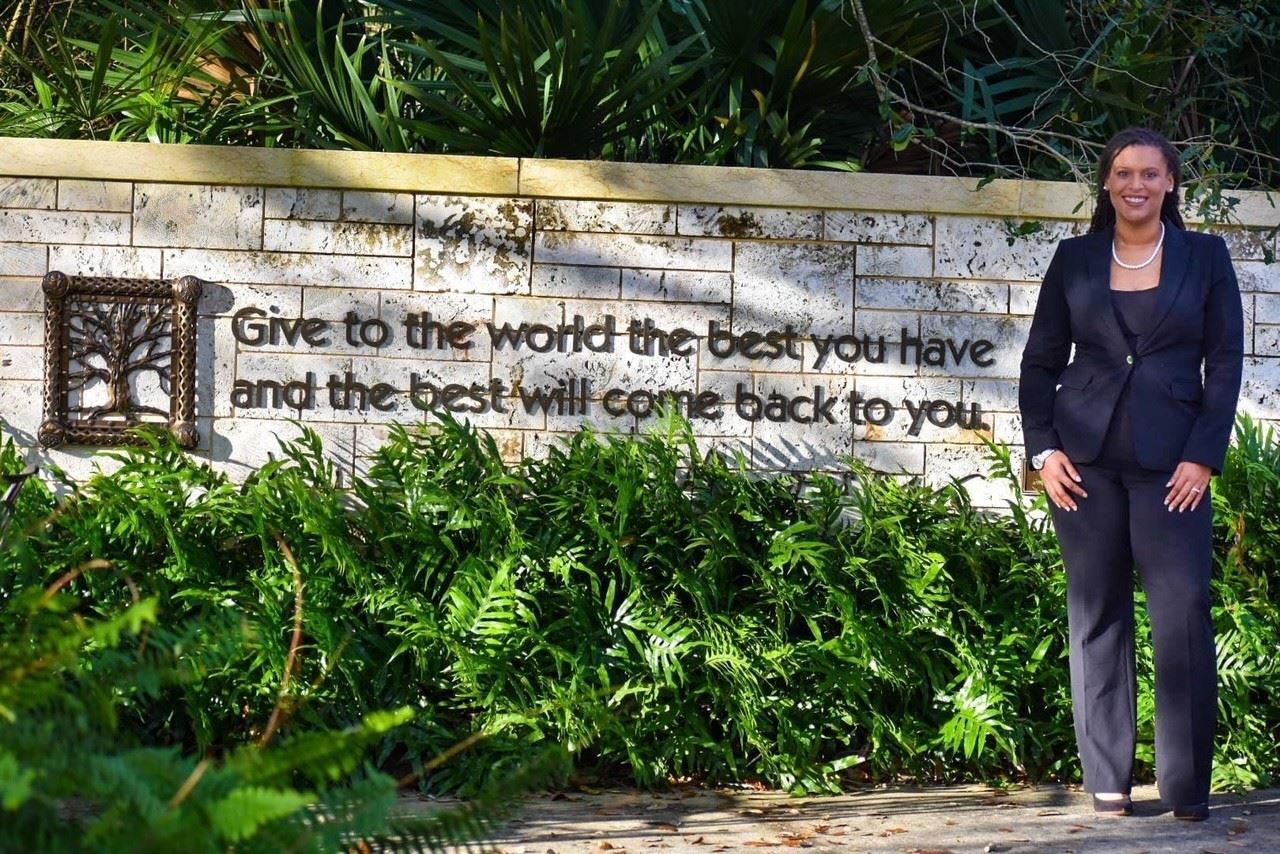 The proposal calls for a three-story building that covers a total of 3,600 square feet. The lots, which the CRA sold for the combined appraised property value of $10,047, are located on the north side of Lincoln Avenue between B and C streets.

“The legacy of the neighborhood is inextricably connected with my own history, and I am deeply invested in its future,” Jones added in her 24-page plan.

The proposal calls for a lower floor to include a foyer and waiting/reception area, two conference rooms (one larger and one smaller), two offices, a small storage area, and appropriate restrooms as provided by the building code. The second floor will consist of office space, a file room, a break room, storage space and restrooms.

A unique third floor floor will be designed as a multipurpose space with a full non-commercial kitchen, one full bathroom, one half bathroom, one flexible room, storage space, and a large, covered patio/balcony,” according to Jones.

The upper floor will be intentionally designed so that it can be used as a luxury flat-style apartment, an upscale event venue, a co-share/co-work space, or a seminar room depending on need, the report noted.

The plan is consistent with the vision of the award-winning Lake Wales Connected plan, a blueprint for revitalization of the history downtown and northwest neighborhood.

“This project in and of itself has been born out of the Lake Wales Connected Plan,” Jones confirmed in her proposal. “This project accomplishes the goals of pursuing smart growth development and development consistent with realistic market opportunities by inserting a large building that houses a thriving business.”

Jones and city officials both noted that the firm, established in 2016, has a long history of local support in both time and money, including donating thousands of dollars to community organizations such as The Green & Gold Foundation and the Lincoln Community Development Corporation while contributing hundreds more in donations to local schools.

Mayor Eugene Fultz, a member of the CRA board which is made up of current city commissioners, represented the board’s enthusiasm for the plan.

“I’m ecstatically happy to hear that. You have been a great representative. I’m looking at a total success when you get there,” Fultz said. “That’s going to be one of the things that will draw others into that community, knowing that you’ve invested.”

It is the third time in recent months that the CRA has moved forward with projects on vacant lots they previously owned in the northwest neighborhood. A total of three vacant lots near in the area have recently been approved for affordable housing projects.

“As you can see, when property is put into the hands of the CRA, we’re moving that property, and we’re getting paid for it, we’re putting it on the books, we’re improving the property, we’re enhancing the tax base,” CRA chairman Robin Gibson said. “It's what a CRA is all about. I’m really pleased.”